Coindrawer is a “simple cryptocoin wallet and trading platform” that allows users to store and trade Bitcoin, Litecoin, and other cryptocurrencies.

I am disclosing a vulnerability that allowed an attacker to buy and sell BTC for USD at an arbitrary exchange rate. The issue became unexploitable when Coindrawer suspended the feature earlier this year citing “banking and regulatory challenges”. Coindrawer entirely removed the suspended function from their site on 26 April 2014.

Coindrawer chose to ignore my report and repeated requests for updates. Coindrawer has not yet committed to honouring this submission under its bug bounty program.

Impact: High (theft of Bitcoin and USD from Coindrawer)

Coindrawer and their BTC buy/sell facility

Coindrawer allowed users to buy and sell BTC for USD. In both cases, the transaction existed only between Coindrawer and the user. Coindrawer did not provide a market or exchange like Mt. Gox or BTC-E, but acted as more of a vendor like Coinbase or CoinJar. Coindrawer themselves would offer to buy or sell BTC at the current market rate, presumably an average of rates across multiple exchanges.

When a Coindrawer user was to purchase Bitcoin using USD (Buy BTC feature), the workflow was advertised to have been: 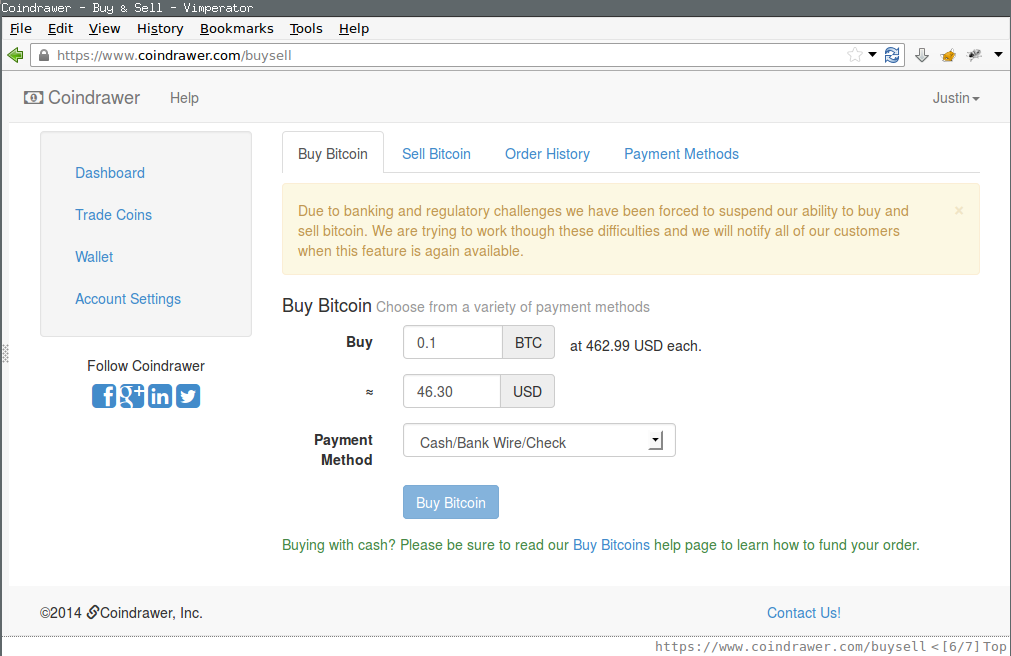 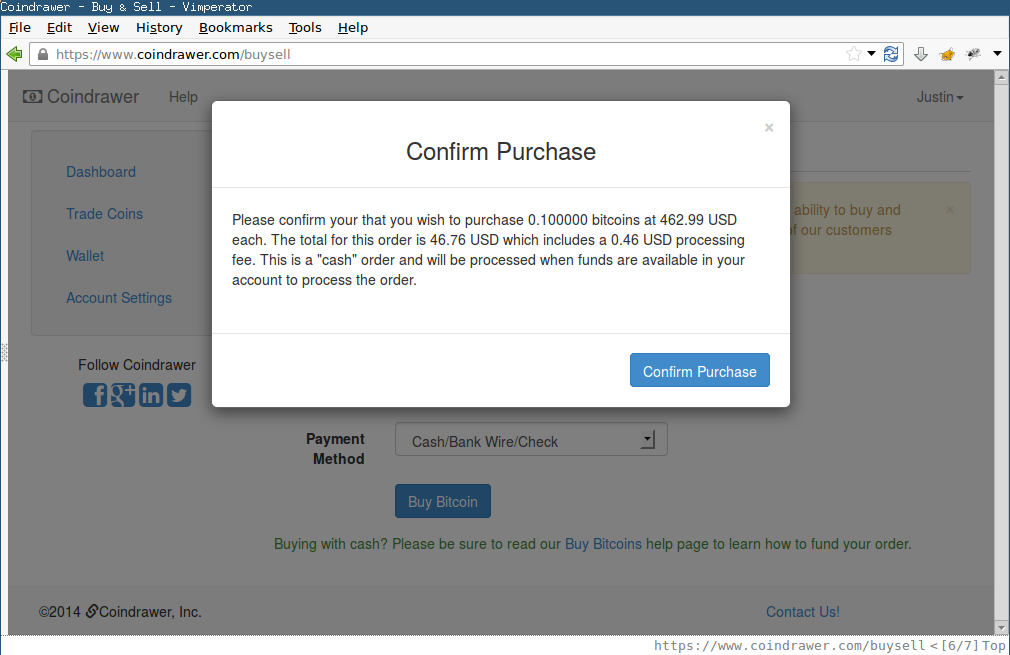 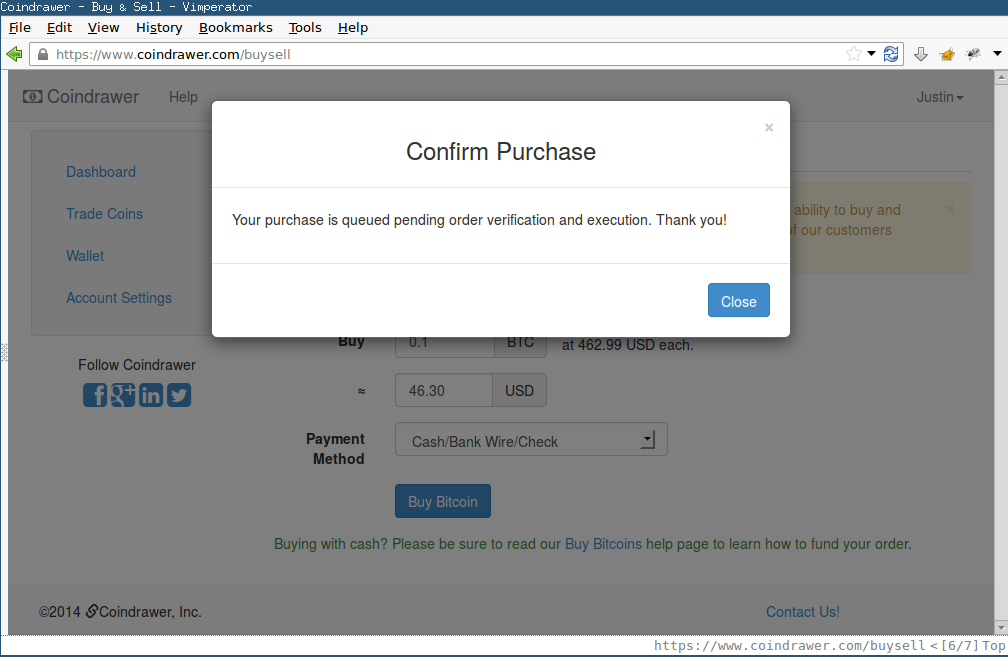 When a Coindrawer user was to sell Bitcoin for USD (Sell BTC feature), the workflow was advertised to have been:

When confirming a Buy or Sell Order, the user's browser sent, among others, the following parameters in a POST request to /buysell/buycoin or /buysell/sellcoin:

The exchange_rate_buy and exchange_rate_sell parameters were fed from hidden input fields. The fields were populated by the server when sending the Buy BTC or Sell BTC page to the user, and contained the current exchange rate. The value can be modified when POSTing the request to Coindrawer using a tool such as Burp Suite or Tamper Data and the server would trust the user-supplied exchange rate and process the purchase or sale at the user's desired rate.

This attack was never attempted, as doing so would require me to have deposited USD into Coindrawer's Bank of America account which was relatively impractical for me to do for a Proof of Concept. I asked Coindrawer to review my hypothesis and let me know if the attack was possible, but they never responded to my requests. I strongly suspect that the attack was possible, as the malicious orders would be listed in the Order History list at the specified exchange rate, and the apparent UX suggests that a Buy BTC order would be fulfilled instantly if the Coindrawer account had a positive USD balance at the time of the order. Coindrawer has not denied that my hypothesis is correct. 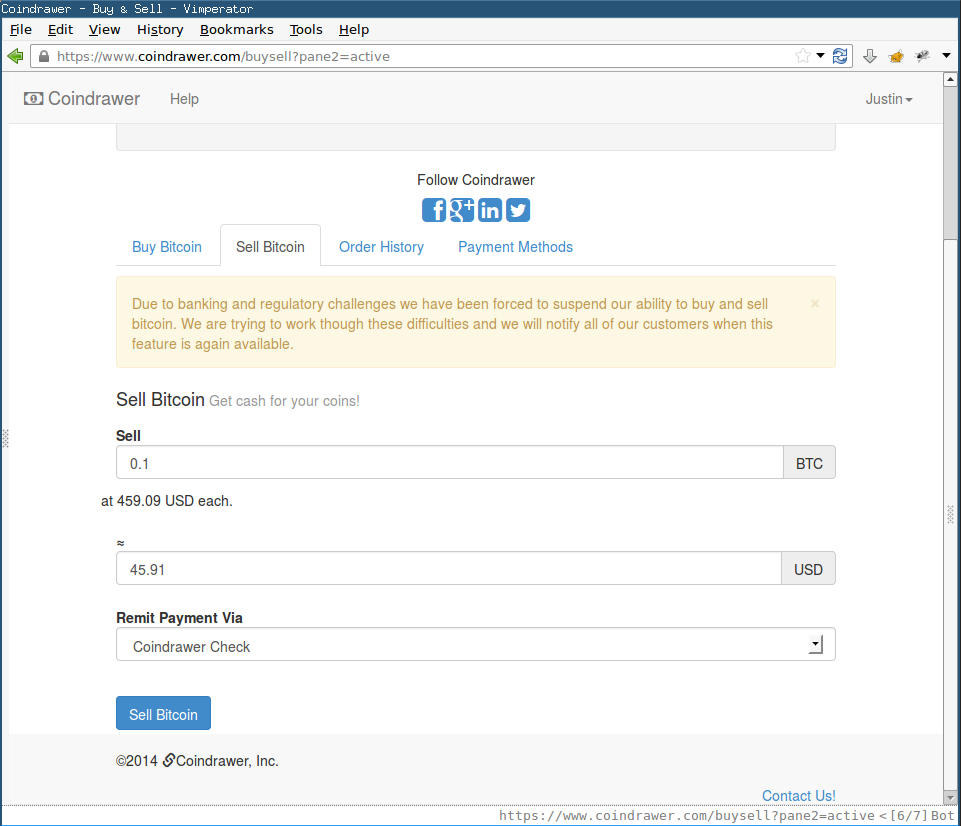 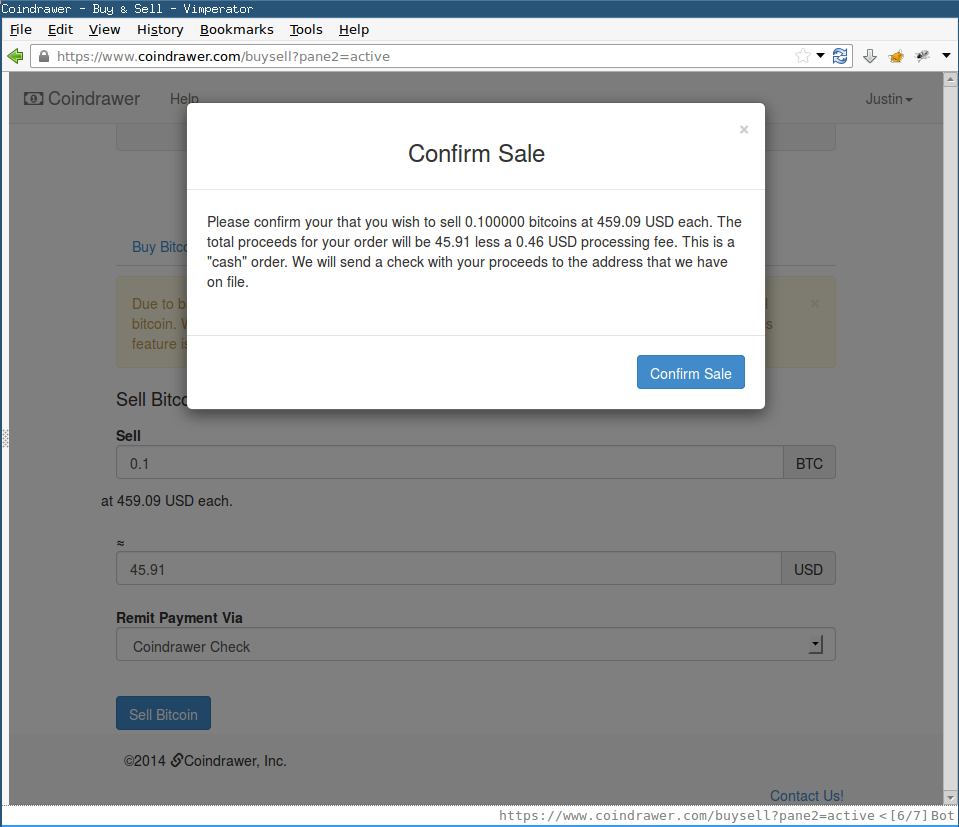 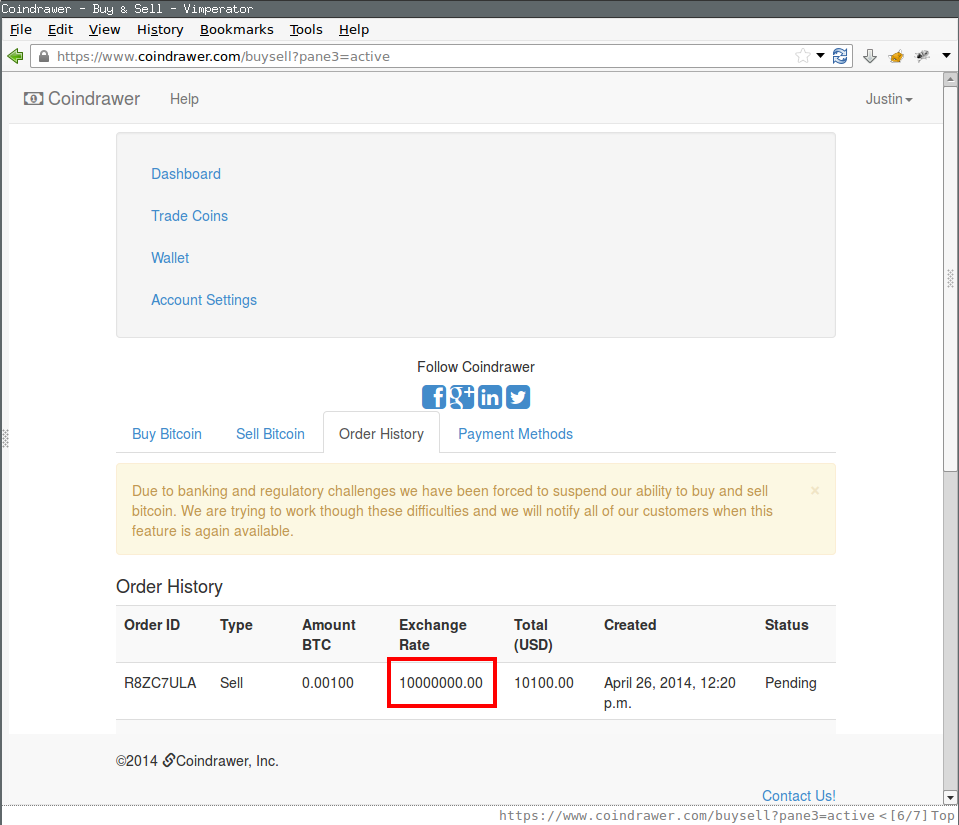 Coindrawer's actions are in bold.