Coindrawer is a “simple cryptocoin wallet and trading platform” that allows users to store and trade Bitcoin/Litecoin, as well as use merchant facilities to accept Bitcoin as payment for online and offline sales.

I am responsibly disclosing a type of replay attack to create multiple merchant orders with one (or zero) merchant payments that is exploitable at the time of disclosure. Coindrawer were notified of this issue 110 days ago as a submission to their Bug Bounty program. Coindrawer were informed of my intention to publicly disclose this issue 14 days ago. This disclosure is intended to allow Coindrawer users to take mitigating measures to help ensure the security of their merchant operations.

Update 1 May 2014 - Coindrawer resolved this issue on 26 April 2014. Coindrawer has not yet committed to honouring this submission under its bounty program.

This vulnerability was discovered and reported to Coindrawer 110 days ago. Before or after this time, it could have been discovered by others and secret knowledge and use of the vulnerability poses a threat to Coindrawer's users and the security of their merchant operations. By publicly releasing these details, the playing field is leveled and users can take action to mitigate this risk.

Until Coindrawer fixes this particular issue, potential measures that can be taken to mitigate the risks presented by this issue include:

Coindrawer and their merchant facilities

Coindrawer is a “simple cryptocoin wallet and trading platform”. Coindrawer provides a digital wallet service to store Bitcoin and Litecoin, a trading platform to trade Bitcoin for Litecoin and vice versa, and merchant tools to accept Bitcoin for online and offline sales. Coindrawer offers a mechanism to buy and sell Bitcoin for USD, but this feature has been suspended at the time of writing citing “banking and regulatory challenges”. Coindrawer claims to be “architected to deliver the lowest cost, most secure Bitcoin transmissions for purchases as well as Bitcoin transfers”.

Coindrawer's merchant facilities allow Merchants to create Payment Pages and Payment Buttons to accept Bitcoin payments in their checkout workflow. Customer payments are sent to the Merchant's Coindrawer account. Merchants can specify a Callback URL to which Coindrawer POSTs JSON messages to alert the Merchant to successful checkouts.

When a purchaser begins the checkout process at a payment page, the merchant facility does the following:

Once the purchaser clicks Confirm Payment they are sent to the page /paycoin/ which repeatedly polls /paycoin/ with background POST requests as follows:

At this stage, a timeout is started, shown by a progress bar on the page. If the user succeeds in paying before the timeout expires, the return of the /paycoin/ POST changes to indicate:

Even if the address that is used does not belong to the Coindrawer Merchant offering the sale, and even if it has been used to complete a checkout process previously, the following happens:

The background POSTs to /paycoin/ return with payment_status, txnid and amtpaid as though the purchase is complete. The coin_address that is returned becomes the attacker-supplied address. The page then updates using JavaScript to show a successful transaction. 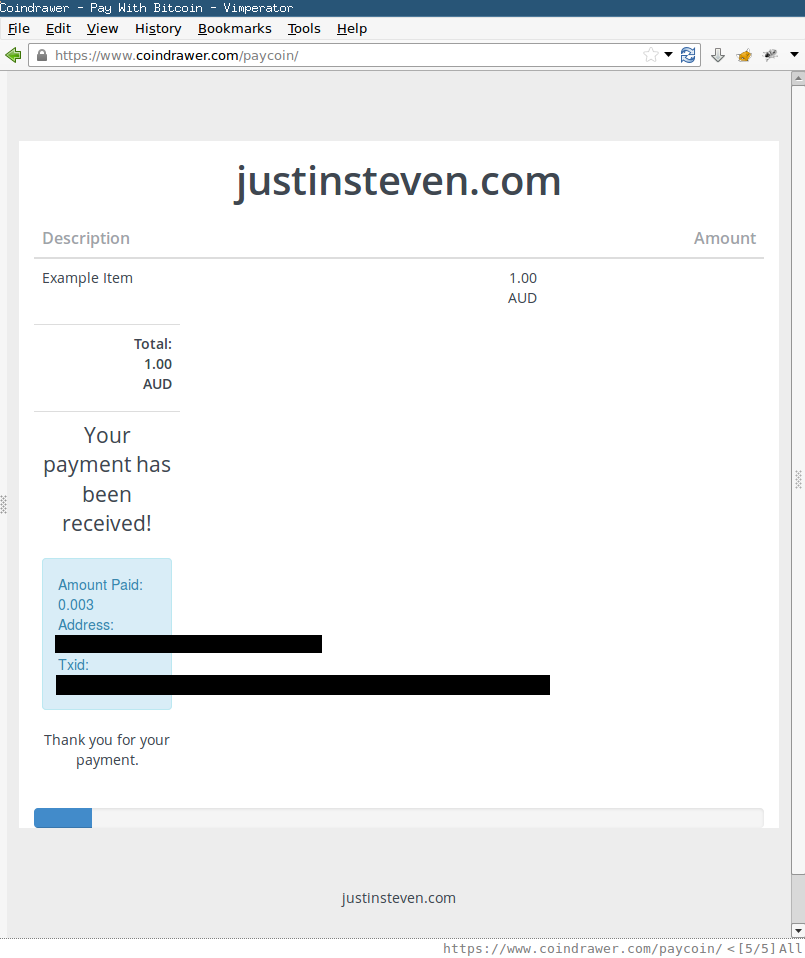 The Merchant's Coindrawer account is updated to reflect the sale. 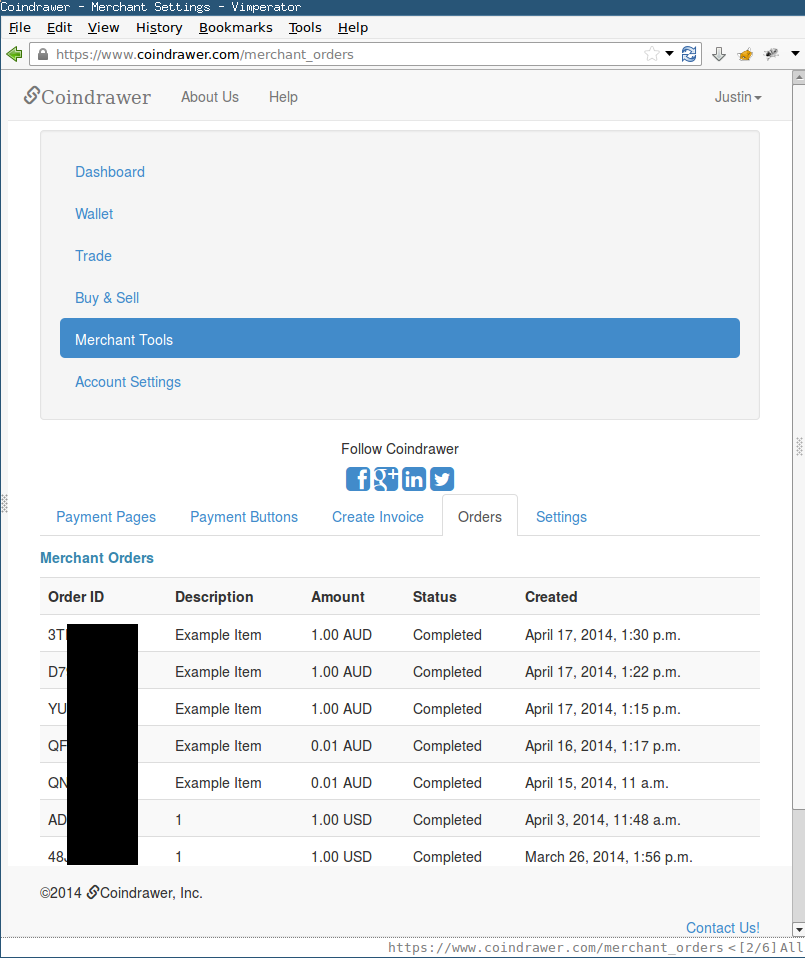 The Merchant receives a POST callback to their Callback URL to indicate a successful purchase.

It is possible to fraudulently complete the checkout process and provide misleading information to the Merchant that suggests the purchaser paid for the order. The Merchant's account never receives the sale proceeds.

My communications with Coindrawer regarding this issue have been open and honest. They were made aware of my intention and reason for publicly disclosing the issue. As follows is the disclosure timeline. Coindrawer's actions are in bold.

Please refer to the mitigation recommendations at the beginning of this disclosure to help mitigate the risk presented by this vulnerability.